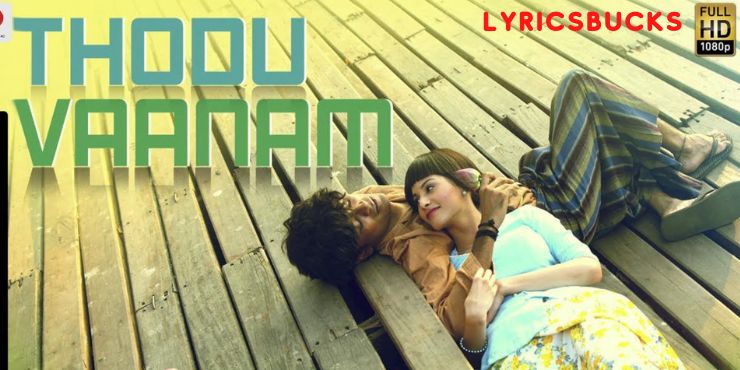 Listen to this song on youtube from here https://youtu.be/vSYI6ZrkE80

Presenting “Thodu vaanam song lyrics in English – Anegan Movie”sung by Hariharan and Shaktishree Gopalan. The song brings out the emotions of a sorrowing heart, with Vairamuthu ‘s lyrics detailing the  pain a lover goes through.

This is a heart touching song of Hariharan and Shaktishree Gopalan in a mindblowing  performance of Dhanush. The last line of the song, the female voice” siru pozhudhu pirindhadharke pala yugamai kadharivitai, jenmangalai pen thuyaram arivayo nee” is the whole feeling of the movie….❤️ Such an intense song.

You should watch this song full video on youtube and feel the emotions. You can read the lyrics of the song.This is a most popular song on youtube. This song has got about  In this article Thodu vaanam song lyrics in English – Anegan Movie given above.

Thodu vaanam song lyrics in English – Anegan Movie ends here, hope you will like this song and the lyrics that we are provided are helpfull for you.