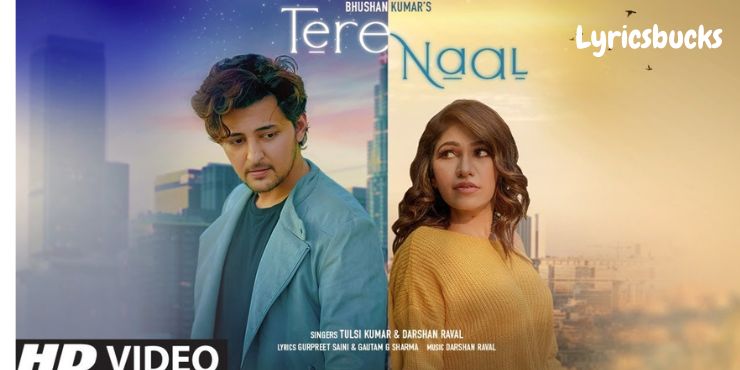 Tere Naal Song Lyrics are penned down by Gurpreet Saini, Gautam G Sharma, while the music Compose & Produce by Darshan Raval and produces by Bhushan Kumar. The Music video has been Release on 18th May, 2020.

This beutifull song is most famous on social media mostly instagram. tulsi Kumar and Darshan Rawal are the best artists of hindi songs. Their music songs always be very beutifull and most wanted. Their songs always on trending songs .Nowadays their other songs are releasing.

Darshan is an Indian singer and actor who gained popularity through YouTube. He was born on October 18, 1994. He is from Ahmedabad, Gujarat. He completed his schooling from Shree Swaminarayan Gurukul in Gujarat. He also said that he was thrown out of college for not being a good student and that he used that pain/sadness to inspire his music.

Darshan loves watching sports and writing songs in free time. He discovered his passion at a young age and planned to pursue his dreams. Darshan also said that his aim is to make good songs instead of composing songs faster. He loves his soothing songs more than party songs. He has sung songs in various languages and he is looking forward to create some of the best songs of his career.

Other usefull details of the song given here-