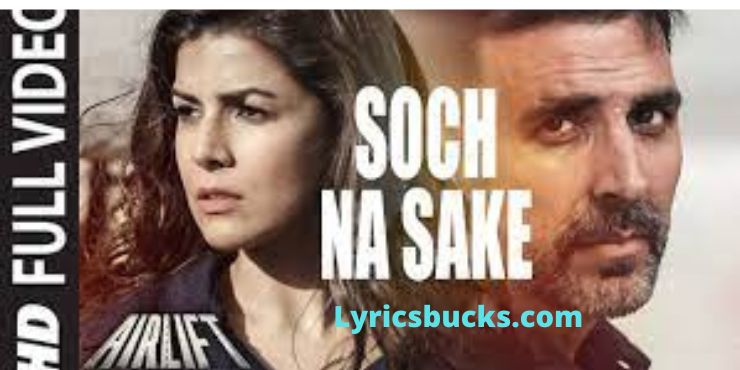 Listen to this song on youtube from here https://youtu.be/MRtRcTfszjY

This is a beutifull song. You shoud watch full song video on youtube and enjoy the music video. You can read the lyrics of the song in english. In this post the lyrics of this song soch na sake are given aove. You can check.

About the movie Airlift

Airlift is a movie about about how 1 lac, 70 thousand Indians were safely moved out of war torn Kuwait in Year 1990. It is shown that one man named Ranjit Katyal (fictional character) was mainly responsible for safety of all this Indians in Kuwait. Ranjit could have fled to safety all alone but chooses to save life of other Indians First.