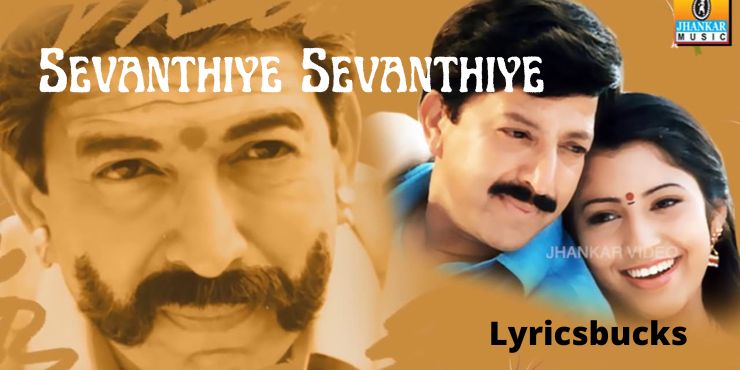 Listen to this song on youtube from here https://youtu.be/bhRUl_Z54mo

you should watch this song video on youtube and read lyrics from here. In this article the lyrics of this intersting song are given above. Let’s Chek now. This song is full of joy and entertainment.

Suryavamsa is a 1999 Indian Kannada lnguage drama film directed by S. Narayan and written by vikraman. The film stars Vishnuvardhana in dual role along with Isha Koppikar and Lakshmi.

The film ‘s score and soundtrack are composed by V. Manohar .The Movie completed silver jubilee run and collected 15 crore at the box office. The movie is a remake of 1997 Tamil movie Suryavamsam.Sevanthiye Sevanthiye song is one of the best song of this movie.

Other interesting details about The song sevanthiye sevanthiye is given below-