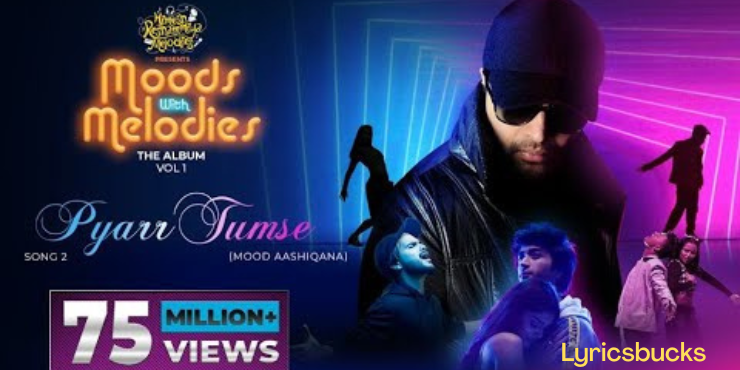 Listen to this song on Youtube from here https://youtu.be/wXL4jlrK1Tw

Presenting Most Romantic track “Pyarr tumse song lyrics in English” from the album Moods with Melodies. The singer of this song is Salman Ali and music is composed by Himesh Reshamiya and the lyrics are also penned down by Himesh Reshamiya.

Enjoy this song full video on Youtube in the Aashiqana mood starring Ishita Chouhan & Parth.This song is directed by Shawn N Arranha and produced by Himesh Reshamiya. You can read the lyrics of this song. In this article Pyaarr Tumse song Lyrics in English | Moods With Melodies are given above.

Pyaarr Tumse is a beutifull hindi song composed by the maestro Himesh Reshammiya in a mood which can be described only in one word and that word is Aashiqana which signifies romance , but there is a twist and the twist is that this song is also about the emotions pain , heartbreak , dance , passion , anger , guilt and the quest of receiving abundance of love by your beloved besides romance , this melody is super special for rockstar Himesh Reshammiya as it’s completely different , very radicle yet very conventional , this song is a rule breaker in terms of arrangement and the composition sung beautifully by Salman Ali which also features dance sensation tiger pop With the cute lead pair Parth and Ishita Chauhan , the video and song will take you into a never ending journey of love. So Enjoy the journey without worrying about the destination.

Pyaarr Tumse song Lyrics | Moods With Melodies ends here.Hope you will like this song and the lyrics that we are provided are usefull for you.