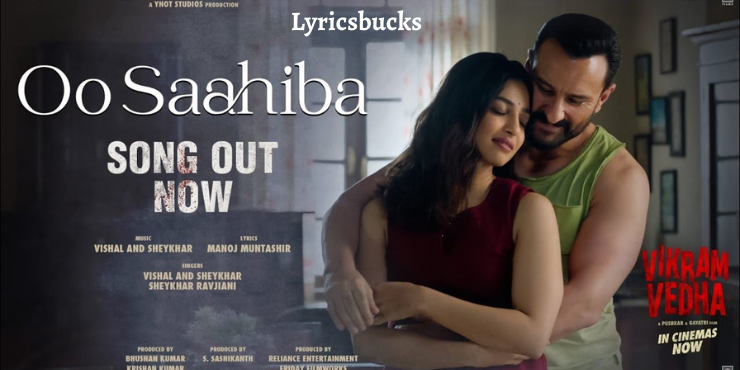 Listen to this song on Youtube from here https://youtu.be/VPhudozOwcM

Mixed and Mastered by  –  Hanish Taneja

Watch this song full video on Youtube and enjoy the music and video of the song. You can read the lyrics of this song. In this article Oo Saahiba Song Lyrics in English – Vikram Vedha Movie  are given above.

Oo Saahiba Song Lyrics are penned down by Manoj Muntashir, directed by Pushkar & Gayatri. Music of the song was Arranged by Sheykhar Ravjiani & Meghdeep Bose  and the Music was Produced by Meghdeep Bose.

About The Movie – Vikram Vedha

This movie was written and directed by Pushkar & Gayatri. The film  “Vikram Vedha” was theatrically released worldwide on 30 September 2022 and received positive reviews from critics.