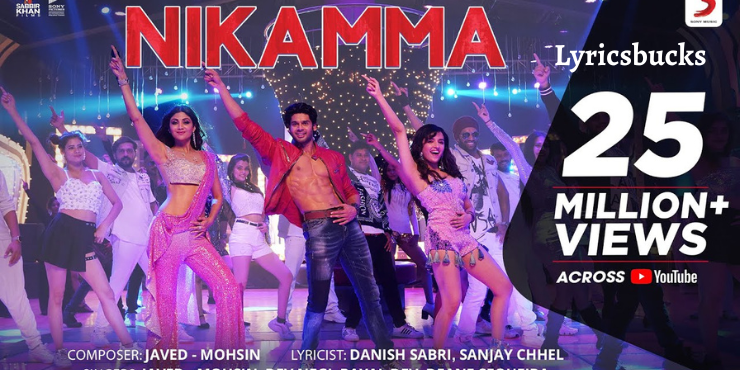 Listen to this song on Youtube from here https://youtu.be/LCEMoVCaUOw

Nikamma Song Lyrics are penned down by Danish Sabri and Sanjay Chhel. This song is arranged Mixed & Mastered by  Aditya Dev. Watch this song full video on Youtube and enjoy the music and video of the song. You can read the lyrics of this song. In this article Nikamma Song Lyrics in English – Shilpa Shetty & Abhimanyu And Shirley  are given above.

It’s music video is directed by Sabbir Khan and music on Sony music. This song was released in june 2022. It has got about 30 million views on Youtube.

The original song “Nikamma Kiya Is Dil Ne” from the movie  Kyaa Dil ne Kahaa is sung by Shaan & Sanjivani with music composed by music maestro Himesh Reshammiya. The lyrics are penned by Sanjay Chhel.

Nikamma Lyrics in English – Shilpa Shetty & Abhimanyu And Shirley ends here, hope you will absolute like this claasic track. If The Lyrics of the song are usefull for you, then comment via comment section.