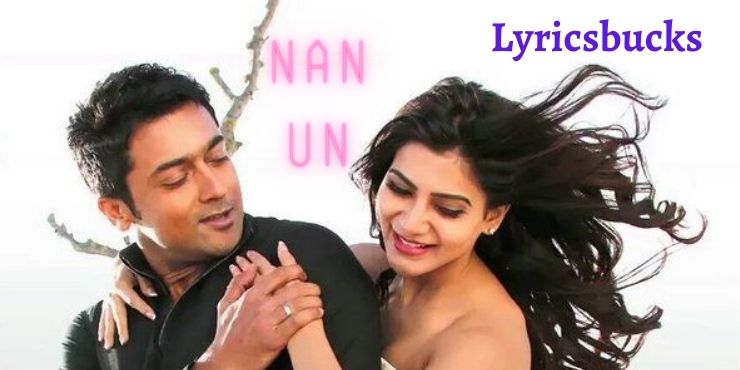 Listen to thius song on youtube from here https://youtu.be/PZwouQIyf2Q

Nan un azhaginile song is a beutifull song in voice of arijit singh and the music of this romantic song is designed by A.R. Rehman. The cast of the song are Suriya and Samantha R prabhu , Nithiya Menon. This song is directed by Vikram Kumar .Nan un Azhaginile song lyrics on Tamil presentd above.

The artist of the song Arijit singh and Chinmayi Sripada is beutifull design this song . Naan un Azhagini song from the tamil movie “24 ” ( original motion picture sound track) directed by Vikram Kumar. The lyrics of this song are penned by Madan Karky. The music labeling by Eros Now south.

This song has soulful lyrics and amazing VFX and picturization….the direction and music is out of this world…the music takes us to heavens.When you watch this song you are excited to watch many more times.
Arijit Singh is singer of this song. He is a amazing  singer ,he can sing any song any language.The music composer AR Rehman is also be able to praise.The music video features suriya , samantha and Nitya Menon.
This song song has got about 6.39 m views and 28.6 k likes on youtube uploaded by Eros Now South on April 12 ,2016. This song belongs to tamil movie “24”.
You should watch this song full video on youtube. Enjoy The music of the song.

24 is a 2016 indian tamil language science fiction action film . written and directed by Vikram Kumar. Based on the concept of time travel the film star Suriya in a triple role alongside Samantha Ruth Prabhu and Nithya Menon.

Other interseting details of the song are given below. Let’s read here-