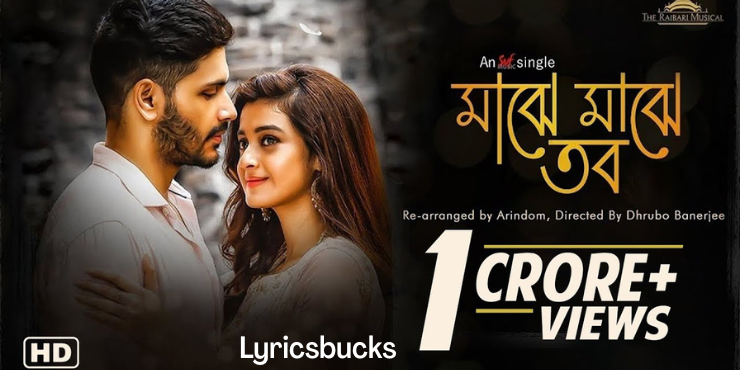 Listen ot this song on youtube from here https://youtu.be/3LOlrM6BA5w

Presenting “Majhe majhe tobo dekha pai lyrics in English” from the movie Elar Char Addhay. This song is sung by Arindon. This song is sung by various artists in their own way. The lyrics of the song are penned by Rabindranath Tagore and music is also composed by him. The casts of the Majhe majhe tobo dekha pai lyrics in Bengali are Arjun Chakraborty and Darshana Banik, Manav Sachdev and others. The story is brought to life on screen by Arjun Chakraborty and Darashan Banik.

Watch this song full video on youtube and enjoy the music of the song. You can read the lyrics of the song. In this article Majhe majhe tobo dekha pai lyrics in English  are given above.

Elar char Adhyaay is a 2012 Bengali film. The film is directed by Bappaditya Bandopadhyay produced by Dreamz Movies and Enertainments Private Limitted and based on Rabindranath Tagore’s 1934 Novel CharAdhyay.

The film is set in india under British raj in 1940s. Indranath is a leader of a group which is fighting for indian independence. Ela is the teacher of the group. Ela is caught in a dilemma between her love for Atindra and her commitment towards her country.

Hope you will like this song and the lyrics that we are provide are interesting for you. Read also other beutifull songs lyrics in your own understanding languges from here-