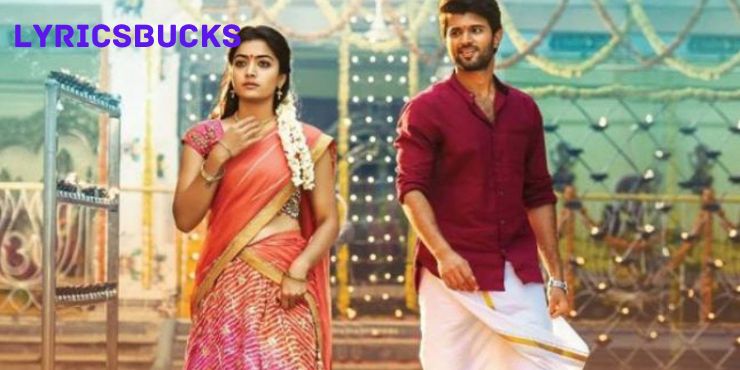 Listen to this song on youtube from here https://youtu.be/OA9TbLGoC4s

Kanureppala Kaalam song from the movie Geetha Govindam sung by The telugu singer Gopi Sundar and music also composed by Him. The lyrics of the song are penned by Sagar.This song is directed by Parasuram under the banner of GA2 pictures and produced by Bunny Vas .

The cast of the song are Vijay Deverokonda and Rashmika Mandana . All song composed and arranged by Gopi Sundar. This song ‘s music labeld by Aditya Music.

About The Movie Geetha Govindam

Released on 15 August 2018 the film is huge commercial success grossing rupees 132 crore on a budget of rupees 5 crore. Though critics felt that it was a “tried and tested story” the film recieved praise for its direction,performances and production values.

The soundmark of the film was composed by Gopi sundar .Actor vijay deverokonda made his singing debut through this film. The makers unvieled the first single “Inkem Inkem” Imkem Kaavaale ” on 7 june 2018. the song upon its release its lyrical video crossed 1 million views in youtube . Within a day after its release , the song recieved few covers ,including a reprise version and a dubsmash.

The soundtrack album features sox tracks including the first single being released . Lyrics for the songs were witten by Anantha Sriram .,Sriram and Sagar. The album was released on 21 june 2018 at an event held at JRc convention centre, film Nagar ,Hydrabad with Allu Arjun becomming the chief guest. The jukebox which was released in Youtube and other patforms during the launch recieved 1 million views upon release.

This is a heart touching song ,you can watch full song video on youtube and enjoy the music . Other intersting details of the song are given below-

Kanureppala Kaalam- Geetha Govindam Lyrics in English ends here .Hope you will like this song and the lyrics of the song are intersting and usefull for you.Read also other song lyrics from here