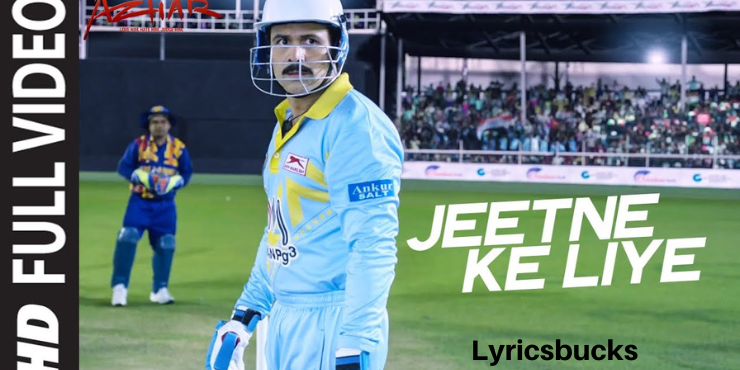 Listen to this song on youtube from here https://youtu.be/1kG-xcTLJOY

Presenting “Jeetne ke liye song lyrics – Azhar Movie”. The singer of this song is Kk and music composer is Amaal Malik. The lyrics of the song are penned by Kumar. This song is written and directed by Tony D’ Souza and produced by jim satya and Meghdeep Bose.

This is hindi song encourages a person for win. You should watch this inspirational song and enjoy music and video of the song. You can read the lyrics of this song. In this article Jeetne ke liye song lyrics – Azhar Movie are given above.

The film begins with Indian cricketer Azhar scoring a cetury in his 99th test match, but he soon faces allegations of match fixing as hisname has been kinked with a London based bookie M.K. Sharma aka Shaun. Indian Cricket board slaps a life ban on him. Azhar decides to challange the ban in court. Her lawyer friend Reddy helpes him.

Jeetne ke liye song lyrics – Azhar Movie ends here, hope you will like this song and the lyrics of the song that we are proveded are usefull for you. If you like this lyrics, then please comment via comment section. Read also other songs lyrics from here –