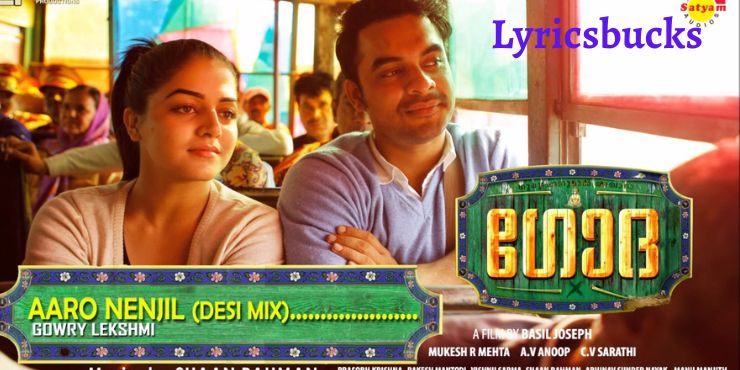 Listen to this song on youtube from here https://youtu.be/UsJkhu8K1gs

Come fall in love with this soothing romantic track ” Aaro NenjiL from Godha”. The song Aaro nenji is a beutifull loving song sung by Gowry Lekshmi. The lyrics of the song are penned  by Manu Manjith and music composed by Shah Rehaman. This song is directed by BAsil Joseph and produced by Mukesh R Mehta .A.V. Anoop ,C.V. sarathi . The song written by Rakesh Mantodi.

The song starring by Tovino Thomas, Wamiqa Gabbi and cinematography by Vishnu sharma and edited by  Abhinav Sundar from production company E4 Entertainment.

Hope you will like this song and the lyrics that we are provided are helpfull for you.

after watching the song you are excited to know about the movie Godha . So Let’s read-

About The Movie Godha

Principal Photography of the film began in october 2016. Wamiqa Gabbi sustained a lot of injuries in the making of the film .For the film ,the actors underwent rigorous training in wrestling . The movie was shot in chandigarh, Patiala, Ludhiana, Ottapalam and Pazhani. The shooting was completed by december 2016.

Aaro nenjil is a most beutifull song from this movie.

Other interesting details of the song are given below . Let’s check here-